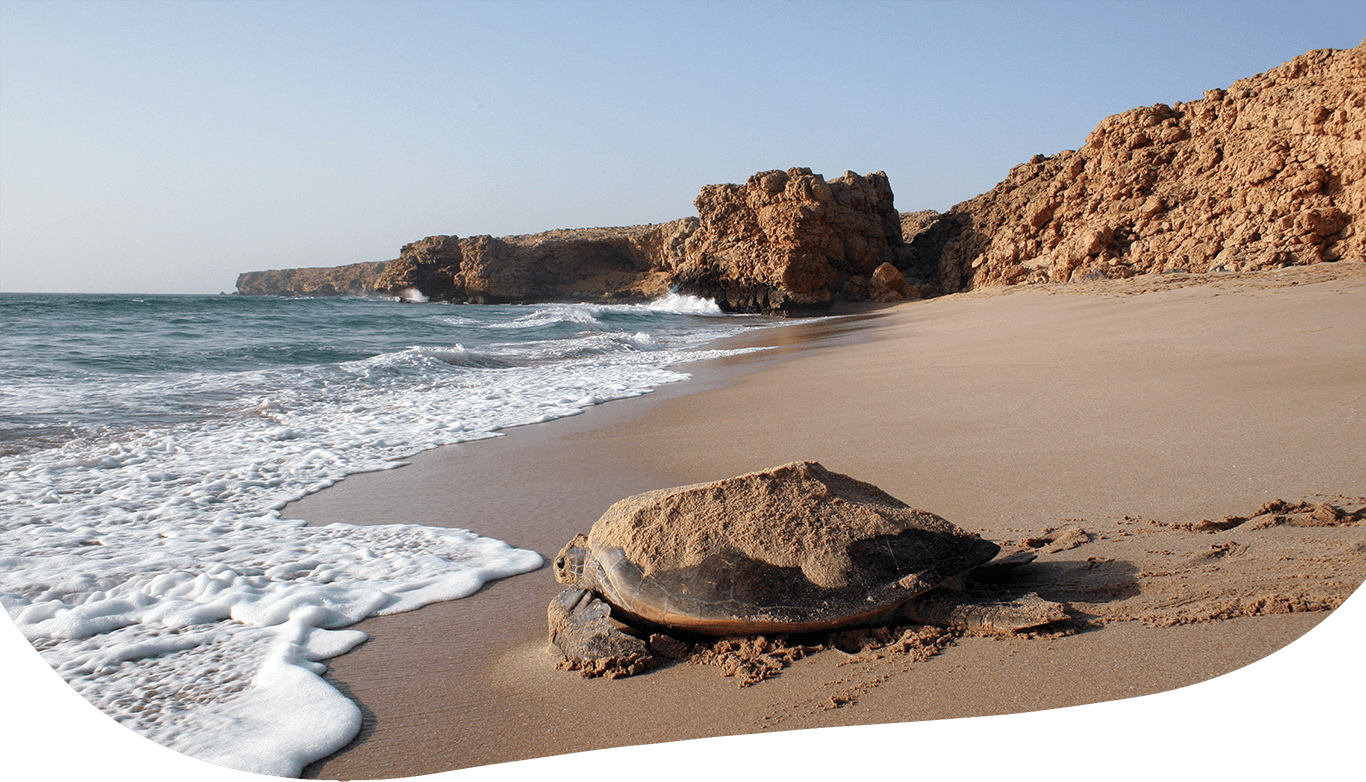 The story of Ras Al Jinz

Ras Al Jinz is a fishing village located in the Ras Al Hadd, on the eastern shores of the Arabian Peninsula.

The Ras Al Jinz beach is world renown for the nesting endangered green turtle (Chelonia mydas), probably the most important nesting concentration on the Indian Ocean. This is the only official place where the public can watch the nesting process of these amazing sea giants.

The Turtle Reserve was established by Royal Decree in 1996. The Ras Al Jinz Turtle Centre, a truly eco-tourism project, was established in 2008 to help conserve the fascinating and amazing nesting processes of these sea turtles, considered as a priceless national treasure.

It’s true that the Centre cannot control the natural threats to marine turtles, such as birds, crabs and fish preying on the hatchlings, or adult turtles being attacked by sharks or foxes predating on the eggs and hatchlings, however, it collaborates with the Ministry of Environment and Climate Affairs, to educate and control the human-induced threats, such as:


The Centre conducts guided excursions every night to view the turtles and witness the nesting process. All the Centre guides are knowledgeable, having a commitment to the preservation of the turtles. Ras Al Jinz Turtle Reserve is managed by Oman Tourism Development Company (Omran).